In a Jam: Why Having too much Music at Our Fingertips Makes Us Less Curious

Rather than the abundance of choice on the internet making our musical tastes more diverse, it is narrowing them. Billy Brooks looks at why. 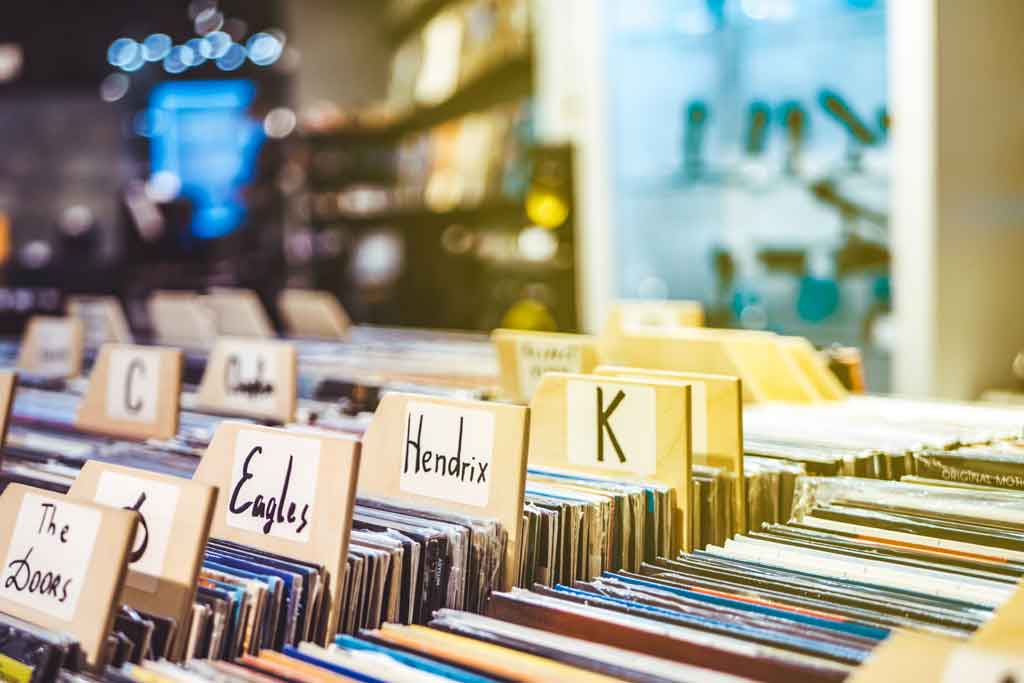 Marketers can easily fall into the trap of offering consumers too wide a selection of items to choose from, thinking that doing so will enable them to find what they’re looking for more effectively.

However, there’s such a thing as too much choice. Research consistently shows that when consumers select from too broad a range, they frequently choose nothing at all, and when they do, they come to regret their decision.

In 2000, Sheena Iyengar and Mark Lepper ran an experiment involving jars of jam at a food market. Customers were presented with two tables: on one table, there were dozens of varieties of jam, with samples to taste, and coupons for anyone who tried the jam. At another, there were just 6 kinds of jam, with no special offers. When the time came to make a purchase, consumers were ten times likelier to choose the second table (which had far fewer choices and no special offer).

This study (just one among many) shows that too much choice can produce “choice paralysis” and overwhelm consumers to the point that they just walk away. It also increases the likelihood of buyer’s remorse, because consumers are mindful that there were so many other options they could have chosen from, many of which they may have considered and rejected.

Having a vast range of options creates a false certainty that there must be something good on offer, so consumers will inevitably be disappointed if they don’t select it.

Having lots of choices also puts the onus to make a good selection on the consumer themselves, rather than the provider, which creates labour for the buyer.

Having a range of informed choices is plainly good for us, but functionally unlimited choice is not as good for us as we might assume.

This maps on to music streaming services. Not only are there several streaming services to choose from (Spotify, Bandcamp, Soundcloud, Apple Music), but combined, they provide access to more music than a person could listen to in a lifetime.

Having the music there is great in the abstract. Many of my friends are in unsigned bands, and I can find their music right there on Bandcamp, where in the past, I would have had to hound them for a CD, cassette tape, or memory stick.

On Spotify, it’s possible to stumble on obscure records from dusty corners of music history that would never turn up in brick and mortar record shops.

The comedian Stewart Lee once described feeling excited trepidation as he carried his list of rare vinyl from shop to shop, wondering if he might finally find what he’d wanted for months, or years – and the feeling of deflation and loss of purpose when they all turned up as easily accessible MP3s on the internet.

This is a champagne problem, but for a real music fan, it can feel daunting. Wasting the opportunity to listen to as much new music as possible, when there is so much right there would be ridiculous.

With everything (and it is basically everything) so readily available, the task then becomes not what to listen to, but what not to listen to; and as with the jams, there is so much to sift through that it can just be stressful, and disappointing.

With so much choice, it’s all too easy to expect that your decision making will result in guaranteed and immediate gratification, or at least an interesting new experience of something you haven’t tried before.

To this end, most streaming services offer a basic set of tools to help listeners discover new things.

Spotify makes recommendations based on your listening preferences: enjoying Allan Holdsworth? Try Frank Gambale. Listening to Mitski? You might like Lucy Dacus. (Spotify did once cross a line when, listening to The Fall, the algorithm bluntly recommended that I try Suicide. I don’t even like The Fall that much.) They also offer a “Discover Weekly” playlist, generated based on music you enjoy and listen to frequently.

But in reality, how good a tool for discovery this is seems dubious. For example, if I never spend any of my time listening to Hip Hop, or Classical music, then this algorithm is unlikely to recommend that I try them.

That, presumably, is where the “Tastebreakers” playlist comes in: “a playlist of songs from artists and genres you don’t usually explore.”

This frequently recommends artists that are well known to me, some that I like, and some that I don’t, which creates some obvious questions about its efficacy.

In fact, this is a problem I have noticed with many tools of this sort. Amazon for example frequently sends me suggestions that I buy duplicates of albums that I bought on Amazon.

Even if the Tastebreakers playlist worked perfectly all the time though, being confronted with a wall of unknown musicians could be a tricky experience for all the jam related reasons previously explored.

Not only would it be sure to suggest a very mixed bag of options – some selections might interest a listener, but many would be guaranteed not to move them at all – but also, a listener may lack the tools to engage with the content of such a playlist.

Even this though, doesn’t get to the heart of the ways in which Spotify especially has caused a complete breakdown in the way that we value music.

For more on this, watch out for an upcoming article about the subscriber model, and its impact on listening habits.