Nikolai Kapustin: The Death of a Genius

A truly brilliant composer who brought jazz idioms into long-established classical forms has sadly passed at the age of 82. 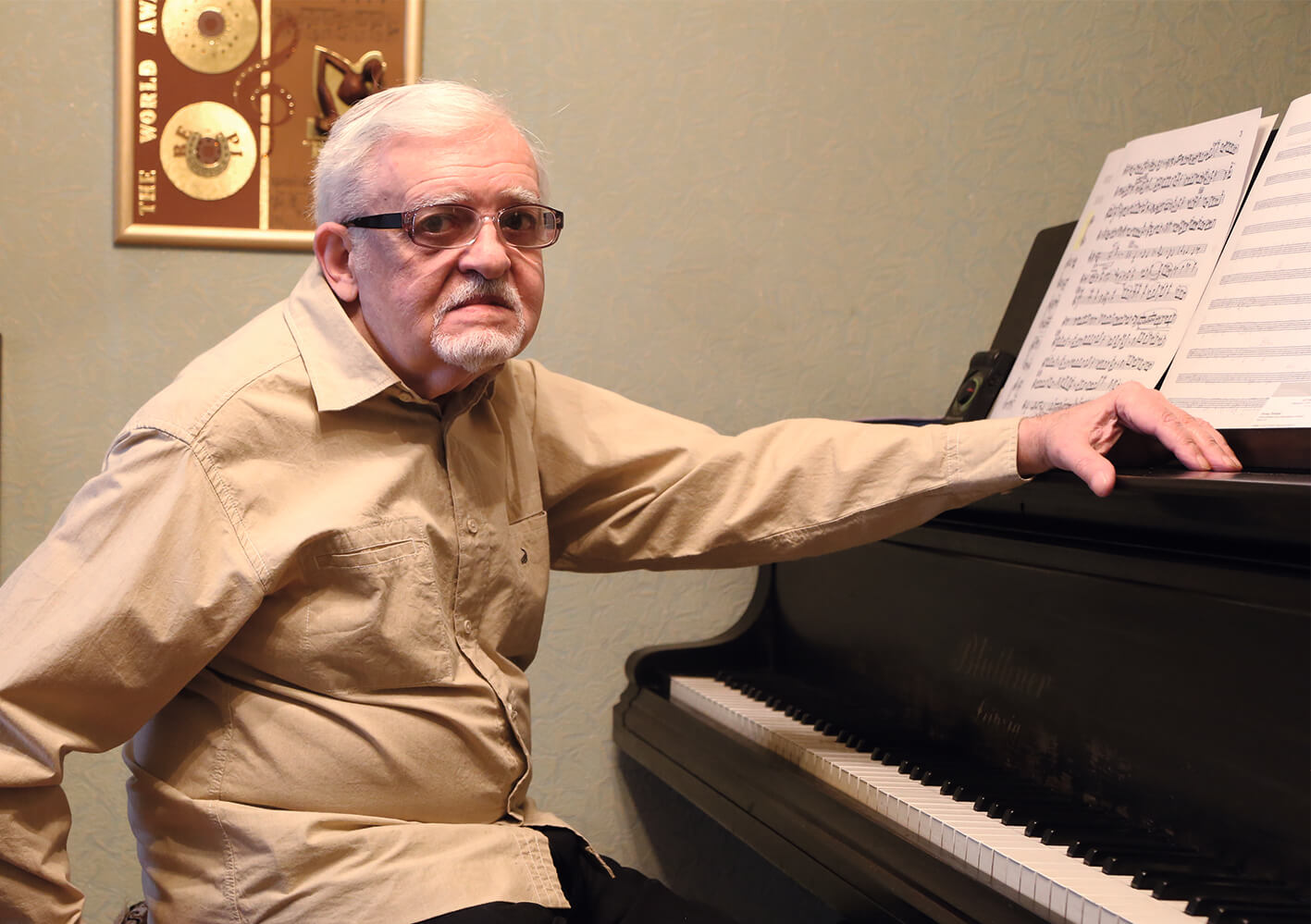 Nikolai Kapustin is a composer that during his life never got the recognition he deserved. He wrote compositions in traditional classical forms (bagatelles, preludes, sonatas, etc.) but in a musical style that rhythmically, harmonically and melodically sound far more like the music of Duke Ellington or Bill Evans than Rachmaninoff or Prokofiev. Kapustin managed to fantastically fuse his conservatoire training with a strong interest in the musical developments brought by jazz in the 20th century.

Born in 1937 in Stalinist Ukraine he later moved to Tokmok in what is now Kyrgyzstan and subsequently settled in Moscow. Early in his life he trained as a classical pianist with Avrelian Rubakh, who was a pupil of Felix Blumenfeld, and also taught Simon Barere and Vladimir Horowitz. Later on, he continued his piano studies with a noted player and teacher of the era, Alexander Goldenweiser who incidentally was a friend of none other than Leo Tolstoy! Whilst still a student, he built a reputation as a jazz arranger, composer and pianist. By the 1950s he became known as a jazz musician, and regularly performed at a Moscow restaurant frequented by Soviet elites and subsequently toured extensively outside the Soviet Union with Oleg Lundstrom’s Jazz Orchestra (one of the earliest officially recognised jazz bands in the Soviet Union). It’s well worth watching this video of him performing with that ensemble in 1964.

Interestingly, Kapustin in his own words has previously said, "I was never a jazz musician. I never tried to be a real jazz pianist, but I had to do it because of the composing. I’m not interested in improvisation – and what is a jazz musician without improvisation? All my improvisation is written, of course, and they became much better; it improved them."

Throughout most of his life Kapustin kept a low-profile in Moscow, seldom travelling internationally and largely only leaving the city to stay at his dacha (a Russian countryside summer house) during the summer. Kapustin wrote a large body of work, but unfortunately to this point much of it has not been professionally recorded and is rarely played by major performers or orchestras. Canadian pianist Marc-Andre Hamelin is a notable exception, who has recorded albums featuring his works and has brought Kapustin’s brilliance to venues around the world.

For a long period his music was relatively obscure, however, it’s brilliant to see Kapustin’s music now growing in popularity. A Facebook fan group has brought his work to the attention of a younger demographic and it has also helped that his works have been more widely published globally. In the words of Marc-Andre Hamelin himself, "It has been an immense pleasure for me to see the growing status that the work of the Russian composer and pianist Nikolai Kapustin has enjoyed over the last few years. Not so long ago it was possible to do a Google search for him and come up completely empty-handed, a situation that has now radically changed. Since then Kapustin’s music has captured the imagination of professional musicians and students alike."

By far Kapustin’s most popular work is his Eight Concert Etudes, Op. 40. One of these etudes, the Toccatina was performed by the excellent winner of the 2018 edition of the BBC’s Young Musician competition, Lauren Zhang (her rendition of Prokofiev's Second Piano Concerto from the competition's final was incredible). The piece was also played by Benjamin Grosvenor at the 2017 BBC Proms.

It’s very fortunate that we have recordings of the genius playing his own works and hopefully like Bach he will end up being a composer that will be far more recognised posthumously (Bach was mostly known as a prodigious organist during his life, not as a prominent composer). It truly is wonderful to hear the modern sounds and rhythms developed by Black Americans during the 20th century integrated in long-established classical forms and his repertoire will hopefully be picked up by more of the major orchestras and performers in the coming years. If nothing else, it is well worth listening to his 8 Concert Etudes which make for captivating listening.